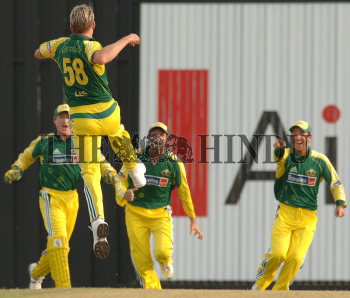 Caption : Australian Captain, Ricky Ponting along with Vice Captain Mike Hussey and Wicket Keeper Brad Haddin rush to celebrate with Brett Lee after he took Chris Gayle's wicket on his first delivery during the Final match between West Indies and Australia