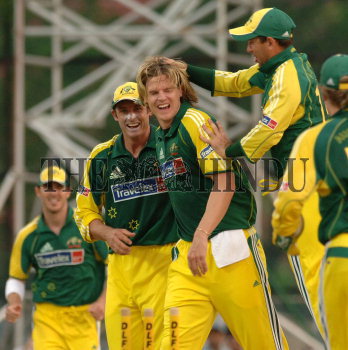 Caption : Australia's Nathan Bracken celebrates with Captain Ricky Ponting and Vice Captain, Mike Hussey after getting Runoako Morton's wicket during the Final match between West Indies and Australia in the DLF Cup in Kuala Lumpur on September 24, 2006. Photo: S. Subramanium