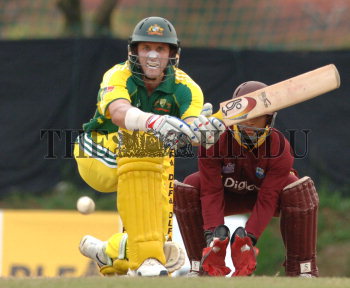 Caption : Australia's Mike Hussey plays a shot as Wicket Keeper Carlton Baugh looks on during the Final match between West Indies and Australia in the DLF Cup in Kuala Lumpur on September 24, 2006. Photo: S. Subramanium