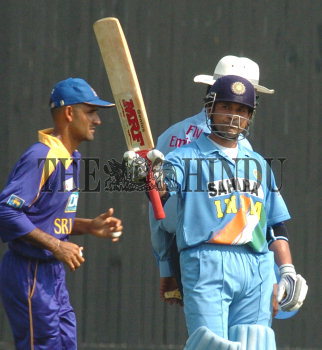 Caption : Indian batsman Sachin Tendulkar raises his bat after scoring a half a century as Sri Lankan Captain, Marvan Atapattu looks on during the first one-day international cricket match between India and Sri Lanka at the VCA stadium in Nagpur on October 25, 2005. Photo: S. Subramanium