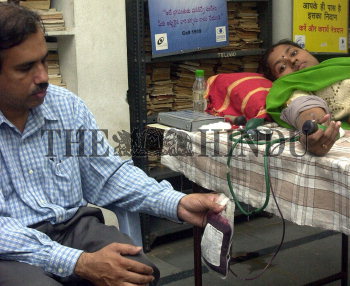 Caption : A blood donation camp is organised on the 91st birth anniversary of the late scientist, Dr. A.S. Rao after whom the colony, A. S. Rao Nagar was named in Hyderabad. Photo: D. Gopalakrishnan, 20/09/2005.