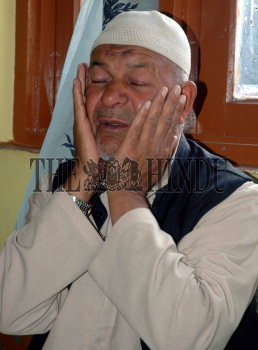 Caption : Abdul Sattar GURU , father of Showket GURU who was sentenced to ten years imprisonment in Parliament attack case, could not control his emotions when the verdict was announced in Supreme Court on August 04, 2005. Photo: Nissar Ahmad