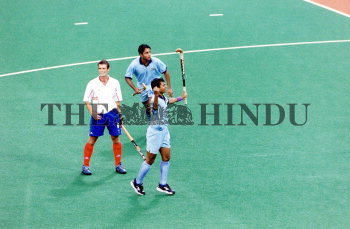 Caption : Dilip Tirkey of India exults after scoring a goal against Great Britain during the men's classification hockey match between India and Korea at the Sydney Olympics on September 28, 2000. Photo: Vino John