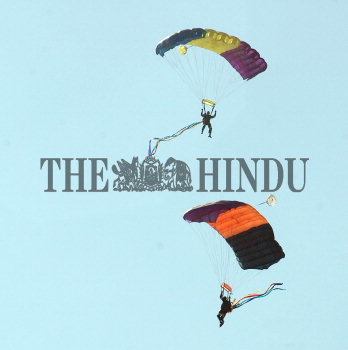 Caption : SKYDIVING by the Air Devil team of the Indian Air force during a combined graduation ceremony at the Air Force Academy at Dindigul, near Hyderabad on December 18, 2004. Flight cadets trained at the Academy and air force stations of Yelahanka (Bangalore), Begumpet and Bidar took part in the ceremony. Photo: P.V. Sivakumar