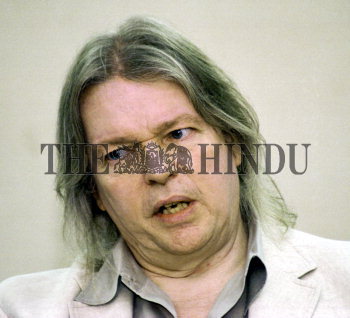 Caption : Well-known playwright Christopher Hampton during a seminar at the British Library in Hyderabad on November 23, 2004, when he interacted with a group of theatre enthusiasts.He has been signed up to adapt William Dalrymple's 'White Mughals' for the National Theatre. The play has been co-commissioned by the Tamasha Theatre Company. Photo: K. Ramesh Babu