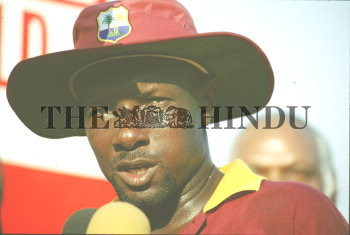 Caption : West Indies captain Richie Richardson being interviewed after receiving the Man of the Match award in the World Cup cricket match between Australia and West Indies at Jaipur, India on March 4, 1996. Photo: V. Sudershan