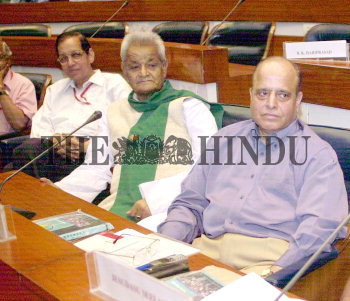 Caption : K. Kasturirangan along with other newly appointed Rajya Sabha members at an Orientation Programme for Members of the Parliament at the Parliament Annexe in New Delhi, on July 24, 2004. Photo: R.V. Moorthy