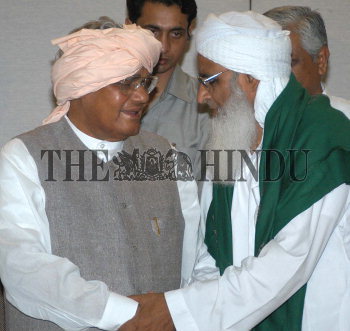 Caption : A Muslim delegation under the banner of `Atal Bihari Vajpayee Himayat committee', calling on the Prime Minister, A.B. Vajpayee, at his residence in New Delhi, on April 21, 2004. Photo: V. Sudershan