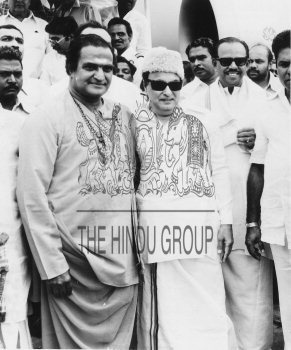 Caption : NT Rama Rao, Chief Minister of Andhra Pradesh, who arrived Madras to participate in the Krishna water inaugural function, was received by MG Ramachandran, Chief Minister and other ministers on May 25, 1983.