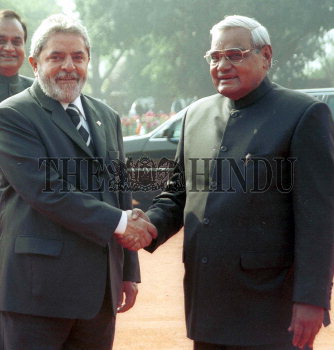 Caption : The President of Brazil, Luiz Inacio Lula da Silva, being received by the Indian Prime Minister, Atal Bihari Vajpayee, during a ceremonial reception at the Rashtrapati Bhavan in New Delhi, on January 25, 2004. Photo: Anu Pushkarna