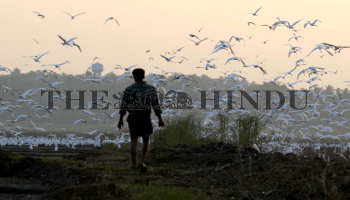 Caption : PALAKKAD, KERALA, 31/10/2016: Kerala is considered one of the most progressive States in the country in terms of social, political and educational indicators. Kerala celebrates its 60th year of inception on November 1. The state of Kerala was created on November 1st, 1956. Kerala is a 560-km long narrow stretch of land. At the widest, Kerala is a mere 120-km from the sea to the mountains. Gracing one side of Kerala, are the lofty mountains ranging high to kiss the sky. And on the other side the land is washed by the blue Arabian Sea waters. The land is covered with dense tropical forest, fertile plains, beautiful beaches, cliffs, rocky coasts, an intricate maze of backwaters, still bays and an astounding 44 glimmering rivers. Kerala's exotic spices have lured foreigners to her coast from time immemorial. Photo: K. K. Mustafah