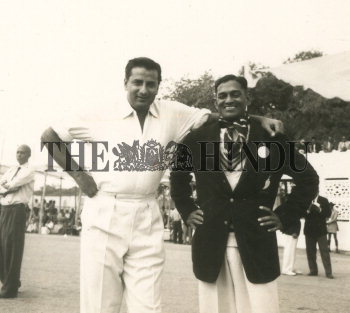 Caption : C.S. Naidu, captain of the Madhya Pradesh and his Pakistani counterpart Fazal Mahmood (left) share a lighter movement after the TOSS on the first day of the three-day tour match at the Central Gymkhana Ground in Indore on January 28, 1961. PHOTO: THE HINDU ARCHIVES