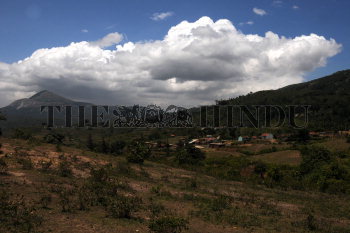 Caption : PALAKKAD, KERALA, 16/06/2015: A bird's eye view of the Attapady region in Kerala's PALAKKAD district. Though the PALAKKAD district administration proposed constitution of Kerala's first tribal taluk for the 746 sq. km. area of Attappady Hills, now part of Mannarkkad taluk in the district, four years back, the proposal is gathering dust at the state secretariate in the absence of any follow up action. Photo: K. K. Mustafah