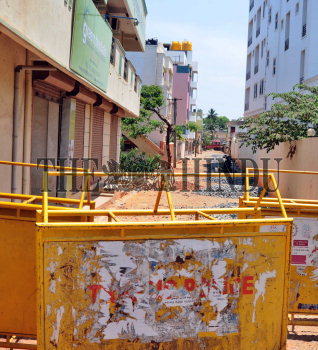 Caption : PUDUCHERRY, 02/04/2015: The road leading to the multistorey building at Daharaj Udayar Street has been cordoned off after being declared unsafe by the authorities on April 02, 2015. Cracks developed on one of the supporting pillars which triggered panic among residents in the area. Photo: T. Singaravelou