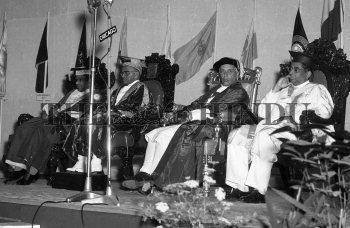 Caption : The University of Madras conferred on Prime Minister Jawaharlal Nehru the honorary degree of Doctor of Laws at a special convocation held in Madras on January 31, 1957. PHOTO: THE HINDU ARCHIVES