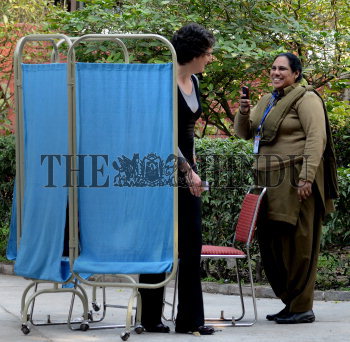 Caption : NEW DELHI, 07/02/2015: A police woman clicks a picture of Priyanka Vadra as she passes through a security check on her way to cast her vote for the Assembly Elections in New Delhi on February 07, 2015. Photo: S. Subramanium