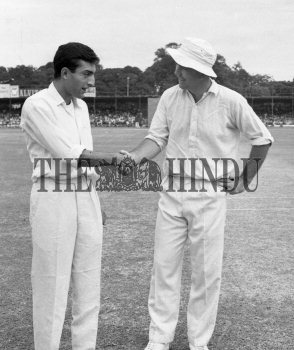 Caption : Indian captain Nawab of Pataudi (left) and Australian captain R.B. Simpson shake hands during toss, before the start of the first cricket Test match between India and Australia at Corporation Ground in Madras on October 02, 1964. PHOTO: THE HINDU ARCHIVES