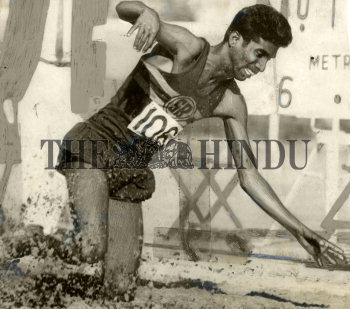 Caption : K. Raghunath, of Southern Railway, who won the Tito Gold Medal, adjudged the best athlete at the 34th Inter-Railway Athletic Meet, which concluded at New Delhi on November 24, 1968, finishing his leap in the long jump. He won both the long jump and the triple jump events. (Published in The Hindu on November 26, 1968). PHOTO: THE HINDU ARCHIVES