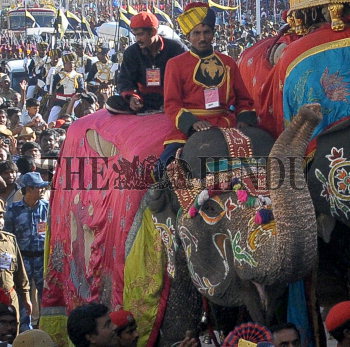 Caption : MYSORE, KARNATAKA, 24/09/2014: Kanti in all her splendour during earlier Dasara festivals. 75-year-old Kanti, one of the Dasara elephants of yesteryear, was found dead in the Kalkere range of Bandipur National Park. Photo: M.A. Sriram (File Photo)