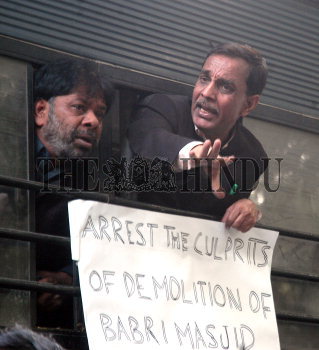 Caption : NEW DELHI, 06/12/2007: Members of the All India Babri MASJID Re-Building Committee courting arrest after the Shiv Saink's disrupted a gathering of Muslims protesting against the 1992 destruction of the 16th-century Babri Mosque, on its anniversary in New Delhi on December 06, 2007. Photo: S. Subramanium