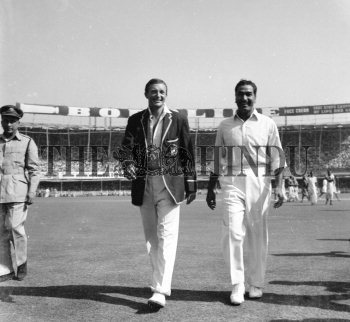 Caption : CALCUTTA: Australian captain Richie Benaud and his Indian counterpart G.S. Ramchand after the toss before the start of the fifth cricket test match between Australia and India at Calcutta, India on January 23, 1960. PHOTO: THE HINDU ARCHIVES