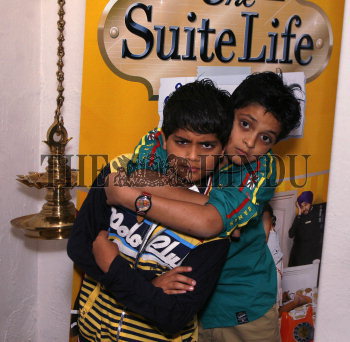 Caption : NEW DELHI, 05/04/2012: TV actors Siddharth Thakkar (right) and Namit Shah, posing for the photograph at an event to promote their upcoming TV serial "The Suite Life of Karan and Kabir" to be aired on Disney Channel from April 08, at Taj Mahal Hotel in New Delhi on April 05, 2012. Photo: Shiv Kumar Pushpakar