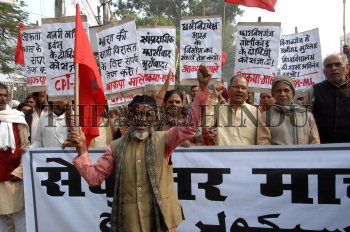 Caption : CHAPRA, 06/12/2011:Members of CPI (ML) taking out a Secular March on the occasion of 19th anniversary of the Babri MASJID demolition, in Patna on December 06, 2011. Photo:Ranjeet Kumar