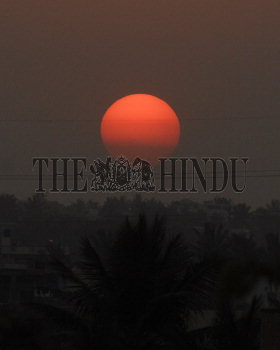 BHEL PARK AT BHEL QUARTERS NEAR NANDINI LAYOUT IN

Caption : BANGALORE, 18/02/2011:BHEL PARK: Hard work with team of like minded people got this BHEL park come to a shape with lot of opposition at BHEL Quarters near Nandini Layout in Bangalore on February 18, 2011. Sun set from this place is beautiful sight which the local come here without fail. Photo: K.Gopinathan