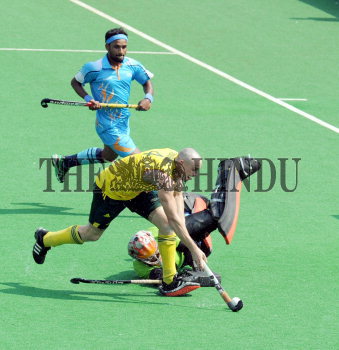 Caption : New Delhi, 14/10/2010: Australian player Glenn TURNER on his way to score his team's eighth goal against India in the men's hockey final of the Commonwealth Games 2010 at the Dhyan Chand National Stadium in New Delhi on October 14, 2010. Photo: R.V. Moorthy