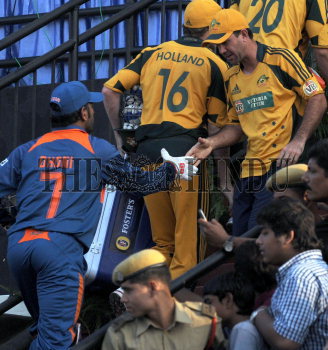 Caption : GUWAHATI,08/11/2009: Australia's Ricky Ponting is greeted by M.S. Dhoni after Australia won the sixth One Day International cricket match between India and Australia at the Nehru Stadium in Guwahati on November 8, 2009. Photo: S. Subramanium