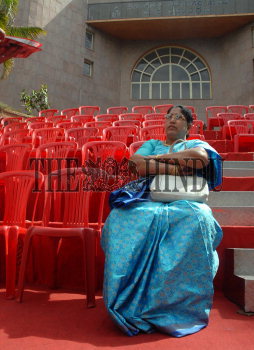 Caption : Problem of punctuality! Bangalore City Mayor Mumtaz Begum who had come on time for the Group Photo session with the Corporators as tomorrow is the last day of this BMP Elected Corporators had to wait for long, Its only after two hour behind schedule they gathered for the group photo in Bangalore on November 21, 2006. Photo: K. Gopinathan