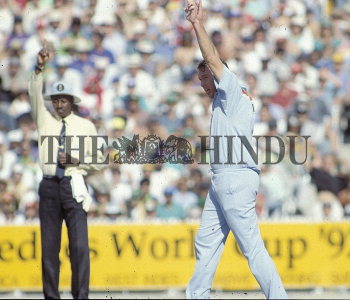 Caption : Umpire Steve Bucknor gives out as Derek Pringle of England celebrates during the Cricket World Cup 1992 final between England and Pakistan at Melbourne, Australia on March 25, 1992. Photo: N. Sridharan