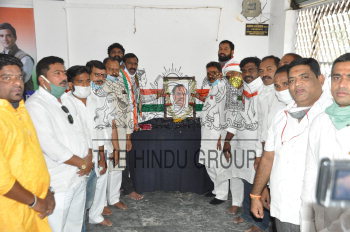 Caption : Congress cadres paying homage to former Prime Minister Rajiv Gandhi on the occasion of his 29th death anniversary, in Nizamabad on May 21, 2020. Photo: K.V. Ramana / The Hindu